Buniyad Rishton Ki -2017, the 2nd National Premium Channel Partner’s Conference took place on 29th August at Hotel Sahara Star, Mumbai. The program was attended by a total of 864 dealers, 144 CFAs and almost 100 plus Company officials. The critical weather conditions of the extreme Mumbai Rains and flood not only delayed the flights but also the unimaginable traffic jam caused by the same on the Mumbai Roads delayed the event. Nevertheless, even if not from the beginning, all the guests stayed back till the very end.

The guests started coming in from 5 p.m. The registration procedure included scanning the ID cards. Each ID card had a Unique QR code for each of our guests and the scanning of the same displayed their name and photographs, giving them a sense of personal involvement. They gathered around the pre-function area and enjoyed the various activities and the installations. There were I-capture booths, where our dealers clicked numerous photographs. A large display of our cement bags proudly showcased our wide range of cements. Also, a buffet of delicious tea-time snacks was arranged.

The event started with a safety briefing by the Hotel representative and then the Countdown inaugurated Buniyad 2017. It was followed by a mesmerising performance by the Nasik Dhol players and the Dance group performing on Ganesh Vandana. Following that, the Anchor for the evening, Mr. Gunjan Utreja addressed the audience and shared a brief history of the Company. He introduced Shri Sandip Ranjan Ghose, Executive President Sales, Marketing & Logistics on the stage for his address. Shri Sandip Ranjan Ghose started with cheering Ganpati Bappa Maurya and the audience joined him. He spoke about the rains in Mumbai and showed deep regret about the fact that many of the buses were still stuck in the traffic jam and also Our Chairman Sir and Madam were held up from attending the event. He welcomed the new members of the Perfect family and mentioned how, after the Reliance acquisition, we have secured a place among the top 8 cement companies of India. He congratulated the family for being a part of this success and for being with the company and welcomed the new members once again. He continued with highlighting the changes that the Company is going through and the further vision we have to enhance the brand marketing of our huge range of products. He also focussed on the growing Central India and North Market where with the already existing Samrat, Chetak and Ultimate and now Perfect, the Company’s reach has become huge and is ever spreading. He further talked about introducing institutional Brands as a separate entity in the market as Multicem (PPC) and Concrecem (OPC). He further have not only created a higher level of reputation in the institutional market but also stopped overlapping of Trade and Non-trade markets, thus gaining advantage for both. He also spoke about the importance of Price Premium and increasing the retail pull from the market. He concluded by introducing a Corporate AV.

The even proceeded to showcase AARMANO KA AASHIYANA, a monologue featuring eminent actor and theatre personality Shri Makrand Despande where he narrated the vision of MP Birla Cement, an extension of our ‘Cement Se Ghar Tak’ campaign in the form of a story of Anupam and Priyanka. His act was ornamented with a famous Sand Artist Sarvaam’s wonderful artwork. His narration was accompanied and extended by dance performances by Santosh Shetty Dance Troupe. This Act was arranged into 3 parts with Award Ceremonies in between. There were 5 categories of Awards given – MP Birla Samman Award for the senior–most Channel partners, MP Birla Naya Sitara Award for the newest and the most successful Business association for the year 2016-17. Shri Sandip Ranjan Ghose was accompanied by Executive President (Operations) Shri Asim Chattopadhyay and the Chief Financial Officer Shri Aditya Saraogi for handing over these two Awards. The other three Awards, MP Birla Anmol Awards, MP Birla Shaurya Awards and the MP Birla Samrat Awards were given to the 3 rd highest lifter, the 2 nd highest lifter and the highest lifter for the year 2016-17 state wise.

The MP Birla Samrat Awardees were escorted with Nasik Dhol players and were honoured with a specially made Peshwa Pagri. The special treatment and the excitement gathered around the winners were appreciated by all. These three top awards were handed over by Shri Sandip Ranjan Ghose and Shri Pracheta Majumdar – Whole time Director and Chief Management Advisor. Meanwhile in between, Vice President Marketing Shri Suvadip Ghosh Majumdar also addressed the audience regarding our ‘Cement Se Ghar tak’ Campaign and the future marketing plans. He also introduced a Caller Tune to be duly activated by all the employees. Also, he introduced Club ultimate Prerna, a scholarship program for the children of our Club Ultimate members.

Followed by the Samrat Awards, Shri Sandip Ranjan Ghose requested Shri Pracheta Majumdar to say a few words. Shri Majumdar introduced the all India Marketing team and appreciated the young and creative team that is growing and is bringing good work into the system. He also spoke about the growing company that we are and also about the importance of increasing the retail pull. He encouraged new strategies for increasing the market shares and also indicated whole-hearted support from the company to do so. He promised expansion of capacity in existing plants and introduction of new plants. He also spoke about the importance of the company and channel partners working together for better product and price positioning. He promised more investment in brand building exercises and also better logistic support in near future. Shri Majumdar’s speech was followed by the Vote of thanks by Shri Mukund Sinha, Vice President Sales (Central), Shri Pradip Sarkar , Vice President (East), and Shri Sunil Sharma, Vice President Sales ( North). They thanked the hotel, the airlines, the performers, and the Team. The Vote of Thanks was followed by everyone joining in to stand up for the Buniyad Anthem.

This was the end of the first half. The second half started with an interactive session by the Anchor along with the audience meanwhile the Backstage was getting set for the Grand Finale Performance.

The grand Finale Performance was by Bollywood’s number one composer Pritam Chakraborty. He was joined by his team comprising of some of the recent young singing sensations – Nakash Aziz, Abhijeet Sawant, Amit Mishra, Shalmali Kholgade and Antara Mitra. Pritam and his team kept the audience engaged for more than two hours. The highlight of their performance was when he sang the Buniyad Anthem and the audience rejoiced. The evening ended with lip smacking dinner and drinks and happy faces of the guests.

Overall, the event went really successful and the gradual feedback we are receiving are all positive. The channel partner family now looks forward to the Annual Dealers’ Conferences by MP Birla Group. 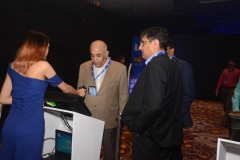 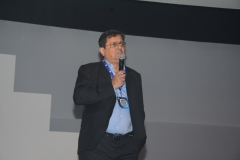 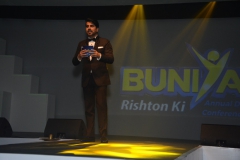 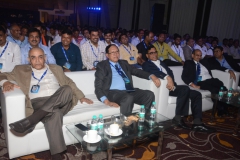 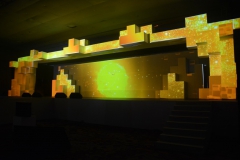 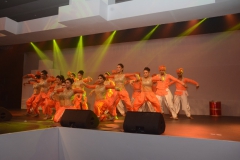 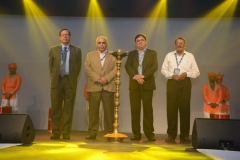 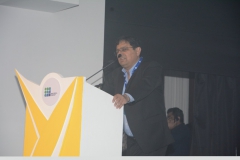 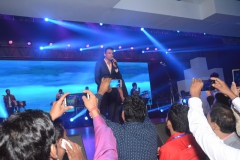 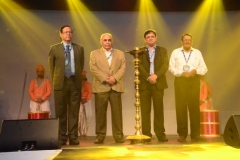 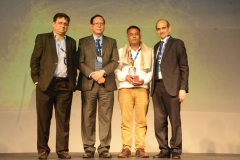 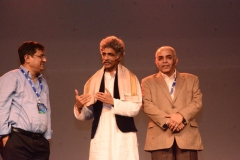